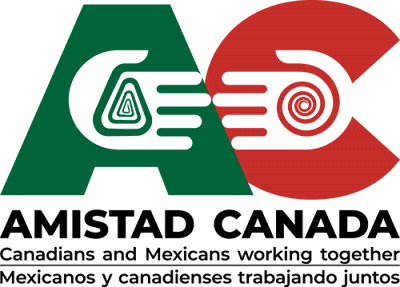 “The organization has its origins in San Miguel de Allende, a small colonial city in Mexico’s Guanajuato state, where a sizeable group of people who come from cold climates spend their winters and, in some cases, their retirement years. Responding to the vitality and warmth of San Miguel’s community life and the very evident need of the local population for more social support, many people in the expatriate community become active in supporting social agencies that provide services to those in need. Amistad Canada has been formed to help Canadians participate more effectively in such efforts.

It was organized, incorporated and registered under the Income Tax Act in 2009 — a lengthy process that was led by Mel Kliman, at that time Amistad’s Treasurer and Administrative Director, and later President (2011-13). But the organization was built on the foundation of a fundraising effort by Canadians in San Miguel that goes much further back.

Canada’s Ambassador to Mexico attended some of these and the Embassy matched private donations. In the 2000s, fundraising events were organized in both Toronto and San Miguel by Aileen’s daughter, Elizabeth Harris, who was the first President of Amistad Canada, until her untimely death in March 2011.

Our newest partner-agency is Patronato Pro Niños, which operates an ambitious program of dental and health services. As of January 2017, Amistad is helping to provide mobile dental services in rural communities by collecting funds that will, along with support from other contributors, be used to purchase a new dental van and fund the maintenance of existing mobile units.”

If you would like to direct your donation to Patronato Pro Niños, please choose us from the popup menu under the word FUND.